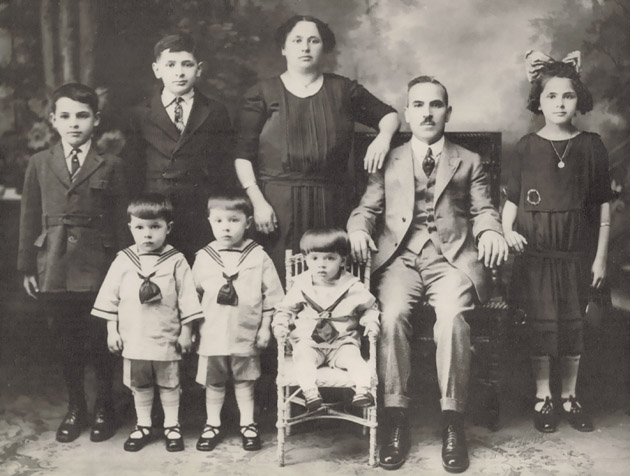 In the early 1900's, an expert metal craftsman named Rosario Coco departed from his hometown in Italy to pursue opportunities in The United States of America. Along with his family, Rosario brought with him the knowledge of his trade that made him successful. In addition to the metalworking skills that were forged by Rosario over his career, there was another component that added the element of distinction to all he created - the enduring passion for excellence in everything he did. It did not matter if he was turning down a part on an engine lathe or polishing one of his custom castings; whatever the manufacturing process, the zeal of an old-world artisan was poured into it. 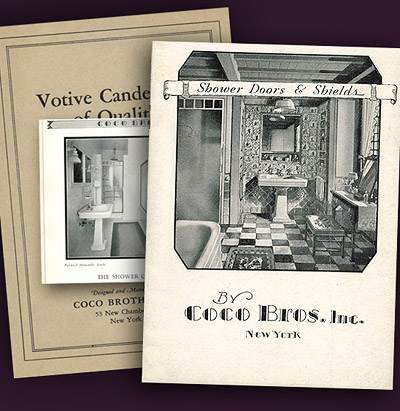 The year 1909 brought about the inception of Coco Brothers Inc., a custom metal fabricating business that focused on exceptional Brass and Bronze ornamental metal products. Under the tutelage of Rosario, younger brothers Joseph and Jacob also developed into skilled tradesmen and became the head of a sales force that enjoyed incredible growth up until The Great Depression. In 1927, Coco Brothers Inc. launched a specialized catalogue of custom metal products including Votive Candelabras, Sanctuary Lamps and Communion Rails for church buildings across the country. Another major manufacturing milestone was reached by Coco Brothers Inc. with the introduction of the first Shower Door in Polished Brass which included its own custom ventilation grille. Featured from the late 1920’s and throughout the 1930’s, the Coco Brass Shower Door was a concept that was universally adopted by all of the upscale New York City Hotels and exclusive residences.

As Rosario neared the end of his career, his son Santi was next in line to continue the family business. Santi Coco brought an infectious personality and a flair for conducting business to his skill as a metal craftsman. Under his leadership, Coco Brothers Inc. evolved into Coco Brasscraft, Inc. and continued to thrive in the custom fabrication of distinctive Brass and Bronze metalwork with additional products such as Towel Bars & Rings, Candlestick Holders, Towel Stands, Pulls, FIreplace Equipment, and other decorative hardware. 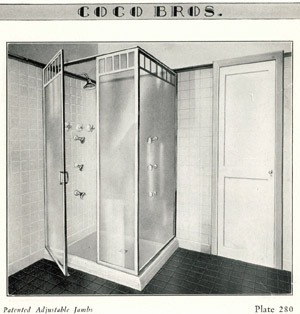 The business included a highly successful division of metal polishing and restoration services to its clients as well. Santi also purchased and cultivated a related business venture named Ball Brasses, a provider of cast, turned, forged and embossed Pulls, Escutcheons, Knobs, Hinges, Rosettes, Casters, Hooks, Door Knockers and Bolt Covers. This division was eventually sold and continues operating today as a part of Ball and Ball.

As Santi's only son, Jim Coco, was next in line to carry on the family business and ultimately achieve new levels of success. After growing up in the business and learning everything hands-on, Jim Coco Sr. was at the helm from the early 1970's operating under the new business name JC Enterprises; the parent corporation to Coco Architectural Grilles & Metalcraft. Throughout his tenure, Jim utilized the skills and knowledge passed on from the generations before, and his own experience, to expand into new markets including Architectural Metalwork, Brass, Bronze and Stainless Steel Furniture, and exquisite Display Fixtures for retailers seeking the highest quality products. In fact, Jim Coco's shop was well known for setting the standard for Mirror Polished finishes throughout the 1980s for home furnishings such as Brass Beds, Tea Carts, and Tables, as well as commercial products such as T-Stands, Racks, and Railings. 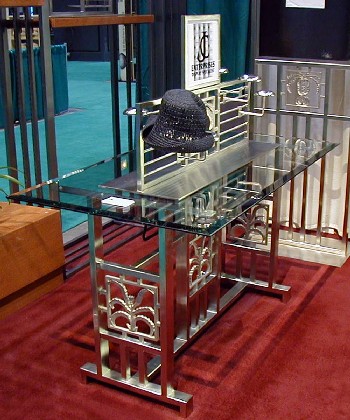 To this day, Jim Coco Sr. works along side the successive generation to the family legacy, James Coco Jr. As the second child and first of three sons, James Coco is following in the footsteps of his forefathers and is dedicated to building upon the success of the past. It was James' vision to expand the business into the Architectural Grille market in 2005 with the initial launch of Advanced Architectural Grilles. With pride in what the Coco name has accomplished in the industry and the humility of understanding what it takes to get there, James continues to preside over all his business responsibilities with the same passion for excellence that would make Rosario proud.

Contact us today at sales@cocometalcraft.com for expert advice on your Linear Bar Grille, Perforated Grille, or any other custom fabricated metal requirements.

Stay Up To Date

Find out what we're working on with our extended professional family by signing up for periodic newsletter updates. Straight to your inbox.